Initially, the equipment was housed in a nearby garage, but on April 1, 1949 ground was broken for the first firehouse.  Today's fire station, located at 201 E. First Street in the town maintains that first dwelling opened in 1950 as well as several additions, including one in the early 2000s.

Originally an all-volunteer operation, today the fire station is staffed 24/7 with career firefighters and emergency service personnel who respond to fire and rescue calls from the facility, supplemented by volunteers who work alongside the career staff.  The station answers almost 1000 calls for assistance annually and is one of four stations staffed by career personnel.  Additional fire departments and rescue squads are still volunteer operated and supplement the departments.

The Mineral Fire Auxiliary continues to support the volunteers with their annual fundraising activities including the annual carnival and parade held each spring and the $10,000 Money Giveaway each November.  The Auxiliary also provides assistance during major incidents such as large brush fires, power outages or other major incidents by providing food and rehab activities or supplementing administrative duties. 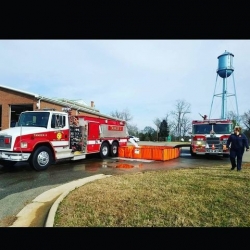 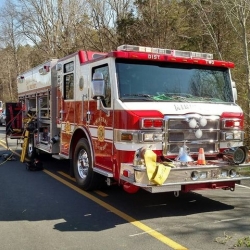 This site has been viewed 75,484 times.
News
Events
Pictures
Apparatus
Maintained by the members and staff of Mineral Volunteer Fire Department. Designated trademarks and brands are the property of their respective owners. Copyright © 2006-2022. YourFirstDue Inc. All Rights Reserved. Content on this web site is supplied by Mineral Volunteer Fire Department. YourFirstDue Inc. cannot be held responsible or liable for any content, text, pictures, or any other media found on this web site.
Management login
Powered by